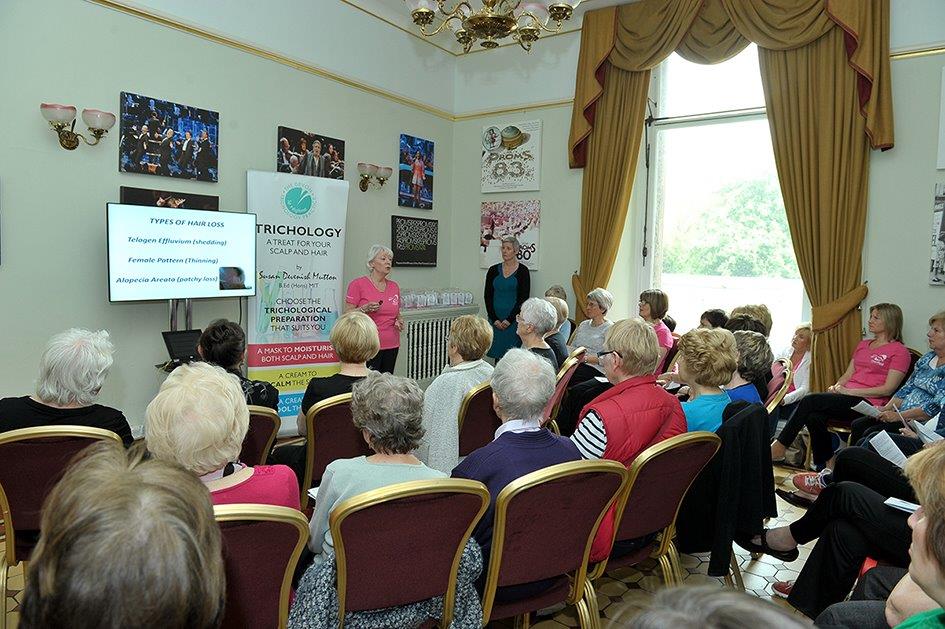 Invited to speak at the Fitness League Festival, by fitness league teacher Carolyn Kingdon of Plymouth, Susan gave four presentations over a period of three hours, to attendees of the Fitness League Festival at the Royal Albert Hall out of the lovely Henry Cole Room. An honour to be asked and gratifying that all sessions were over flowing with members and guests of the league, showing enthusiastic interest in her ‘Crowning Glory’ presentations.

All who came to the talks were given a sample of Susan’s Trichological Preparations; to introduce all who attended to a sample of her tailor made scalp creams, to try for themselves and family.

The scalp creams introduced on the day, for the answer to a healthy scalp and beautiful hair, included her most sought after preparations; ‘Emollient Mask’, ‘Sulsal cream’ and ‘Menthol cream’. All ingredients were described, how much, and how often to use, with the benefits fully explained.

The talks included reference to her membership of the Institute of Trichologists (IOT), the Society of Cosmetic Science (SCS), and the European Hair Research Society (EHRS). Susan explained the aims and benefits of these excellent bodies, providing her with worldwide Continued Professional Development (CPD).

Susan was supported by her colleagues and personal friends, Mrs Barbara Kemp FIT, and Mrs Tracey Walker MIT, of the Institute of Trichologists, London. Susan is also a tutor and examiner for the IOT.

The pictures below, taken by Susan, are of the room set up for the start of the day. 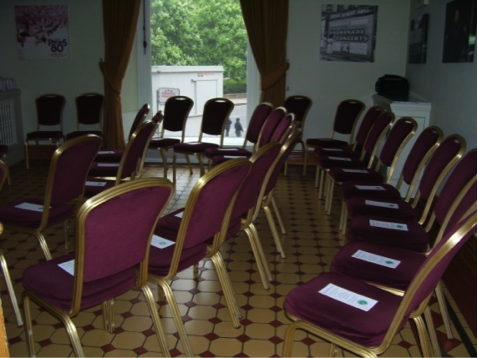 Set up and ready to go. 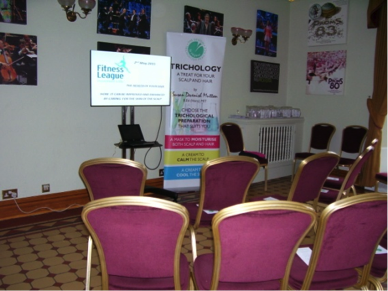 The Henry Cole Room, with grateful thanks to the staff at the RAH for their help in setting up. 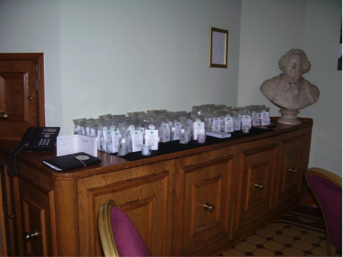 The gifts, a scalp cream and shampoo, ready to be given to attendees at the end of each of the four sessions, watched over by Henry Cole. 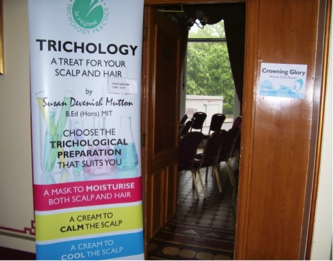 The banner to catch the eye of passers by.

Back to All News & Articles 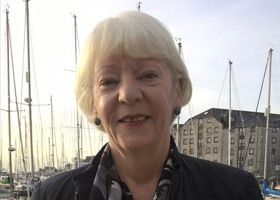 The practice of Clinical Trichology and its promotion has been my profession since 1992 including mixing and supplying my own preparations; registered with the Department of Health – Medicines and Healthcare products Regulatory Agency, MHRA, enabling me to prescribe, mix and supply suitable preparations for the individual needs of my patients. I see people of all ages who are concerned about irritation, redness, or flaking of the scalp, which may affect the growth and texture of the hair.

FIT – Member of the Institute of Trichologists (London) UK

IAT – Member of the International Association of Trichologists

Member of the Society of Cosmetic Scientists